While scrolling through social media a while ago I came across a quote that really got me thinking. It read “Noah Looked Like An Idiot Until It Started to Rain…Keep Building.” The quote resonated with me and I wrote it down immediately. I am sorry that I cannot give credit to the author but I am thankful to whomever. 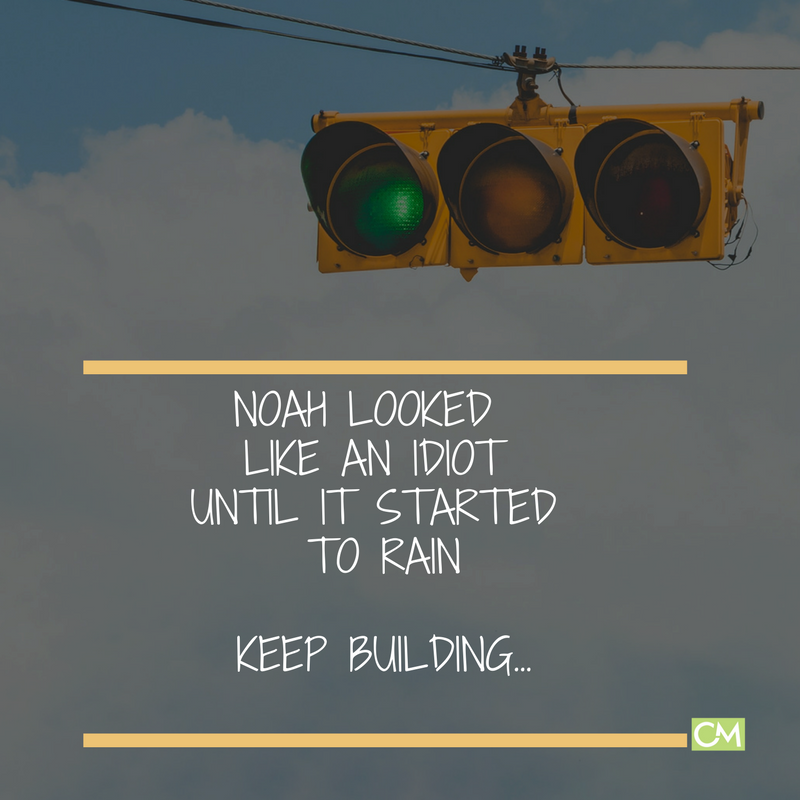 Certainly, you may have a Noah story to share; I surely do. Now, let me not be presumptuous and assume that everyone knows the story of Noah and the Ark. Most Christians would but again I am refraining from assuming.

Basically, God directed Noah to build a three storey, leak-proof ark with rooms. The reason; A flood was coming, one that would wipe out the world excluding those in the ark. Noah obeyed and along with his sons it took years to build the ark to the specifications given. During that time people practically ridiculed him; laughed at and actions questioned. It seemed pretty off that he was building a huge ship based on the directive of one man and his faith.

Anyhoos, God then ordered Noah to board the ship with his family and the animals; he did just that. After the door was closed, he waited and as indicated, the rains came and those who were outside the ark died.

It’s an incredible story, at least I think so. Now, you are probably wondering what relevance this story has in a PR and Communication blog right? It is applicable to all facets of life.

Sometimes, our plans and decisions are questioned. It is imperative to have unwavering belief in your plans. I am not saying to be unrealistic or make blind plans but it is important to believe in your journey. Noah was ridiculed, right? Have you been? I have and I know I am not alone.

My advice is to keep your eyes on the prize. The ark took years for Noah to perfect but his focus was on the building. The same can be applied to you. Build!! People may not believe in your vision immediately. Build!!! When the rain comes, when the opportunity arises, they will rescind. Remember – “Noah Looked Like An Idiot Until It Started to Rain.”