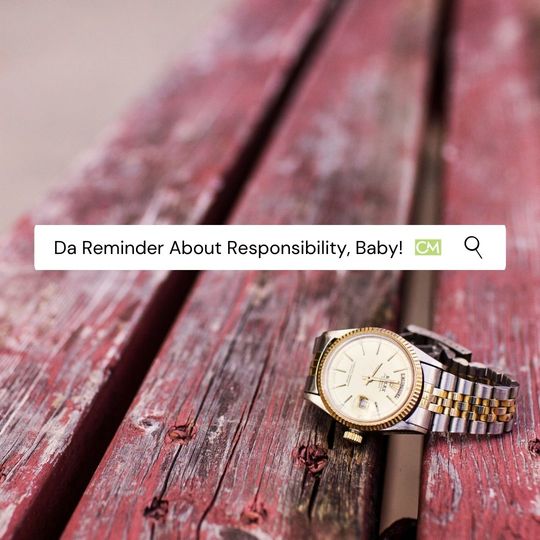 Call me old school or whatever but I always preach responsibility to my clients. I am not heavy on the gimmicks or scandals. Also, let’s be clear, I strongly believe that the notion that “all publicity is good publicity” is problematic. I can ramble on but creatives really need “da reminder about responsibility, baby!” It’s imperative to understand their responsibilities to themselves, their audience, and the brands that they represent.

As a publicist, I can foresee the possible issues that my clients may face. I create scenarios and responses and study cases in my industry in preparation for the possibilities. Foresight and preparation are helpful. However, it does not mean that we are always able to mitigate the outcome. Humans are unpredictable! I’ve had thorough conversations about do’s and don’ts with clients…there have been instances when they did their own thing. Actually, many times! Sometimes circumstances and situations eliminate proper reasoning and I am not even making excuses.

Even in my reasoning of DaBaby’s words I experienced some challenges. His words transcribed exactly are:

His words…Those words; misplaced, insensitive, and illiterate, to say the least. I understand the outrage and DaBaby should also. There are solutions but accountability is extremely important. His video response although intended to clarify just added further insult to injury. Then there’s his “apology” via twitter which was also problematic. Recently, one of my clients had a failed attempt at communicating his thoughts so I get it.

Apologies or whatever and BoohooMan opted to disassociate themselves from DaBaby and I anticipate that others may consider the same. I am not wishing that this occurs but I’ve seen this play out so many times. His behaviour has brought the brand/company into disrepute. This basically means that his actions are seen as damaging to the reputation of the company/brand.

The decision for a company to disassociate itself from its ambassadors is always possible. It is important for ambassadors and influencers to understand their responsibilities and what is considered acceptable behaviour. This occurred recently in Barbados when Telecommunications brand Digicel (Barbados) terminated its relationship with one of its ambassadors. The decision stemmed from the ambassador’s involvement in a music project that supported gun violence.

Oftentimes artistes and creatives need reminders about responsibility and what it should look like. It’s important to specify! Self-policing is also important. Yes there are managers, publicists and lawyers to guide and assist but they aren’t magicians.

I genuinely hope that this situation with DaBaby is resolved. I look forward to seeing the strategies that his team implements moving forward.