Let’s Have Some Tea…Or Not 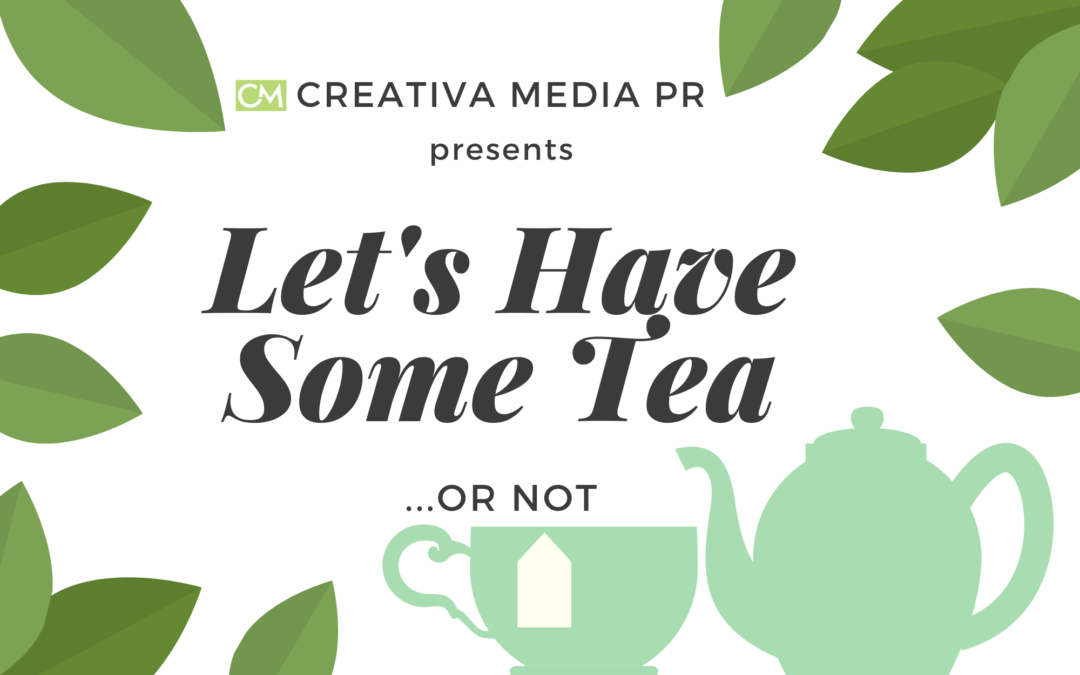 I honestly should not be chuckling but I am extremely entertained. Do you like tea? I do.. Have you patronized tea shops before? I have… Well, Let’s Have Some Tea…Or Not!

If you catch on quickly, you may know where I am going with this, if not, I am extremely happy to bring you up to speed. Residents and natives of Trinidad and Tobago should be familiar with Dianne Tea Shop, if not, it’s a gorgeous spot. It brought back memories of my miniature chinaware set that my mom gifted me as a child one Christmas. I even told the owner that story when I visited. I’ve patronized prior and my team and I even captured a project at the spot that featured one of my clients earlier this year.

Recently, a few things occurred on social media that shed a spotlight on the establishment. The entire breakdown occurred on social media and there were thousands of witnesses. This means that it went viral. Take a seat at my table because I have the tea. On June 02nd, 2020, Blackout Tuesday, social media was buzzing and millions of voices worldwide were amplified. By this time the world became very familiar with the injustices against people of colour and the hashtag #BlackLivesMatter was trending. We learnt during these conversations that the hashtag #AllLivesMatter was a contradiction and intentional attack on those advocating for fair treatment for people of colour. I cannot give you the entire history lesson here but it is, as I like to say, google-able.

Now, back to the tea, on that day, tons of businesses whether genuine or not, added their voices to the movement. One of those businesses was Dianne Tea Shop. It was an immediate fail, an absolute mishap and people were livid. I have a serious issue with brands that are tone-deaf. It is important, actually, it is imperative that we read the room as brands and communicators. The issue was that Dianne tea shop did not read the room.

ERROR 1 – No Understanding Of The Conversation

There is no secret here. It is an extremely sensitive time at present. Voices are amplified, protests are taking place worldwide. It is important to pay attention to the conversations that are taking place if you wish to a part of it. This, does not work, need I say why?

ERROR 2 – The Deleting Of Comments / Disabling of Comments

Growing up my mother always said to me, “Your reputation is easy to lose and hard to regain.” Where is the lie? In the digital world of 2020, deleting customer feedback is considered to be one of the more disrespectful acts. Really, when serving the public your commitment is to them. Your focus should be on making a difference.

Let me tell you what deleting comments and feedback does to a brand in a situation like this; Pisses people off even more and makes you appear dishonest. In other words, Do not do it.

Would you believe that the establishment began deleting the storm of comments on social media? After that, they went on to disable commenting altogether on Instagram. Wow!

Alright, there was an apology. We still were not impressed but I was able to acknowledge an attempt to make things right. It is still troubling for me that time was not taken to understand the conversations occurring everywhere before weighing in.

My major issue with the apology was that it was not well thought out. It’s just a bunch of images that were previously seen on social media being pooled together in a bid to prove that they understood the contradiction of all lives matter. A more unique and heartfelt apology would have won a few people over, perhaps a video apology.

Excuse me?? In the apology, Dianne Hunt of Dianne tea shop said “I take full responsibility for the error.” A while later, on that same day, an article titled Dianne didn’t know about ‘ All lives matter’ was published. She was blaming her waitress…Her black waitress. I am still here, are you here? Let’s have some tea…or not. How? Why? What? We got riled up all over again and the tea shop’s social media posts were viral again.

When employees fail, management bears the brunt of the blame. It may sound unfair but it is the reality. My preference would have been that Ms. Hunt responded by acknowledging the error, apologizing, not blaming an employee, highlighting her approaches and solutions moving forward like educating staff or sensitivity training.

The most annoying of her statements was the unnecessary mention of the “black girl” and her being responsible for the All Lives Matter plated cake.

It is important to listen..listen listen… Let’s have some tea…or not

Just when I thought that Dianne tea shop would be redeeming themselves Sunday 28 June 2020 happened. Woah child! Let me tell you that on seeing the image I immediately thought it was staged. I’ll tell you why. Dianne’s social media looks a certain way, look at their Instagram aesthetic. Their culture is uhmm, different. Do not just take my word, you be the judge.

I thought I was bugging so I had a conversation with a Public Relations practitioner who is not only creative but also works in corporate. Both of us shared the same sentiments of it being staged. Literally, when we saw the image we thought “hi, let’s take an image to prove that we embrace melanin.”

Social media was buzzing again today and Dianne tea shop was in hot water yet again. There were hundreds of comments and shares. I read through close to 300 comments on Facebook. The message that we got from the image was the same for others. I stepped away from my device for a bit and returned to screenshot comments and much to my annoyance Dianne tea shop deleted the image from both their Instagram and Facebook… Alright!

Could it get worse? An anonymous employee is now alleging the staging of the photograph and dining experience. (See below)

At this point, I would say three things:

I have some previous posts that may have some takeaways also:
– Remaining Relevant Through The Noise
– Personal Brand: What Do You Want To Be Known For?
– Spot A Great Publicist

In conclusion, I wish to state that in every situation, whether negative or positive, there is an opportunity to learn and grow. It is my hope that these missteps and the public’s response to them fuels the establishment’s desire to do better.

What do you think? Let’s have some tea..or not